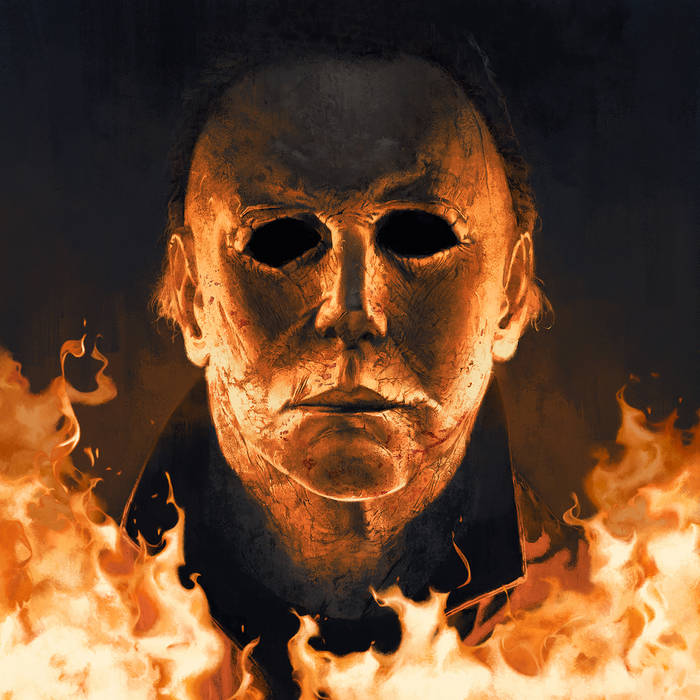 Rhokeheart A simply amazing film score probing the depths of synthwave to create a tension filled atmosphere. On par with the original soundtrack. Favorite track: The Shape Kills.

eviscerator13 One of the best horror sequels ever with one of the best scores ever. It may be sacrilege, but I almost like this score even more than the 1978 classic, because it so seamlessly merges synthwave with dark ambient, and creates this tonal map of doom that is utterly extraordinary. I would drink this if I could! Favorite track: The Shape Hunts Allyson.

DJP A great return to form, both for the movies and their music Favorite track: The Shape Hunts Allyson.

2018’s Halloween, directed by David Gordon Green, starring Jamie Lee Curtis, and with music by series creator John Carpenter (along with his son and godson, Cody Carpenter and Daniel Davies) was a critical and box-office smash. It grossed $159 million against a $10 million budget, becoming the most profitable Halloween movie since the 1978 original. The soundtrack album was a hit, too, debuting at #12 on the Billboard Albums chart and #2 on the vinyl chart, on its way to becoming one of the most successful movie soundtracks of the last decade. One year later, Sacred Bones Records is pleased to present an expanded edition of the soundtrack, including more than 28 additional minutes of music from the film and presenting a more complete, immersive listening experience.

The additional material included on the expanded edition adds a total of 24 cues to the album, spread across two more sides of vinyl on the deluxe double LP version. The LP also has all-new art and lavish packaging, including an optical-illusion lenticular sleeve that makes the flames around Michael Myers’s mask dance when you slide it off the record jacket. For diehard fans of the Halloween series, collectors of John Carpenter’s music, or anyone who wants to hear even more of the incredible score to this movie, this expanded edition is a must-buy.

The soundtrack pays homage to the classic Halloween score that Carpenter composed and recorded in 1978, when he forever changed the course of horror cinema and synthesizer music with his low-budget masterpiece. Several new versions of the iconic main theme serve as the pulse of Green’s film, its familiar 5/4 refrain stabbing through the soundtrack like the Shape’s knife. The rest of the soundtrack is just as enthralling, incorporating everything from atmospheric synth whooshes to eerie piano-driven pieces to skittering electronic percussion. While the new score was made with a few more resources than Carpenter’s famously shoestring original, its musical spirit was preserved.

Unlike the Lost Themes albums, where the composers wrote the soundtracks for imaginary movies, Halloween saw the Carpenters and Davies collaborating on music set to images for the first time. Though it marked a significant change from their previous creative process, the trio thrived under the constraints and tight deadlines that film scoring work demands.

“Being limited by the length of time in scoring the sequence, we focused on the director’s tempo, timing, and vision,” Davies said. “He would tell us what he had in mind, how long the cue should be, what emotion he wanted, and we would take it from there. It’s only the three of us, there is no elaborate system. We wrote, performed, and orchestrated everything.”

For John Carpenter, who reunited on the new film with original Halloween star Jamie Lee Curtis, composing the score felt like a homecoming. Not only had he not worked on a Halloween movie in 35 years, he hadn’t composed a soundtrack since his 2001 sci-fi thriller Ghosts of Mars.

“It was great,” Carpenter said of the experience. “It was transforming. It was not a movie I directed, so I had a lot of freedom in creating the score and getting into the director's head. I was proud to serve David Gordon Green’s vision.”

For Cody Carpenter, John’s son, and Davies, his godson, it was surreal to work on something that means so much to generations of fans, and that they grew up around.

“It was an honor for us to be involved, and we are really happy to be a part of something that so many people are anticipating and excited about,” Davies said. “Working together with both the director of the new Halloween and the creator of the original Halloween was really a fantastic experience.”

Featuring appearances from Kari Faux, Bluestaeb and and interview with NY-bred artist Wiki